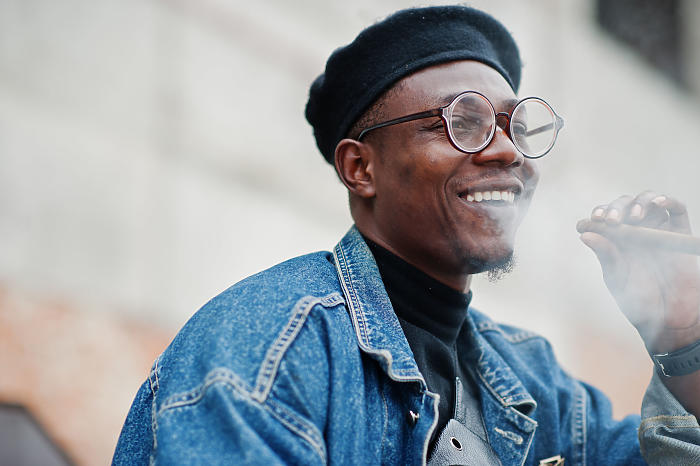 Berets have been popular, both among men and women throughout the last century. Granted their popularity has seen its ups and downs, but almost every big fashion brand has manufactured and vouched for it at one time or the other. Today, berets still serve fashion just like they did in the 1950s, presenting one as a very groomed individual as it is also donned by the elite in the military.

A good beret is bound to turn heads, and if you’re in the market for one for the first time, this guide will help you out.

Men’s Beret: Everything you should know about

If it's your first time getting a men’s beret, you might have some questions that need to be addressed. Make sure you feel comfortable in what you wear for the best experience.

What is a men's beret?

A men’s beret is a unique and stylish headwear that is often used by the military. It is primarily a circle, flat, and puffed-out headgear. Berets can be made out of different materials, including woollen cloth, velvet, linen, and can have some variations to it, like the presence of a ledge, or lack thereof.

Men’s berets are widely used among different militaries across the world. Usually, a green one is for honouring elite soldiers like the British Royal Marine Commandos and the US Army's Special Forces. Other forms of berets in use include the "la tarte" worn by the mountain infantry, black beret used by the US Air Force Tactical Control Party, blue beret worn by the US Air Force Security Forces and scarlet for the US Air Force Combat Control. Berets have been in use by the military for more than three centuries now.

Which side should a men’s beret be worn?

A men’s beret has a traditional style which is also carried down to the current time thanks to the military’s strict conduct and rules. Normally, a beret is worn level on the head and then pulled down to the right-hand side to about 1-2cm above the eyebrow. Military personnel wear it in a more upright and proud fashion, keeping the angle to a minimum. However, it can be casually worn at an angle or can even be reclined onto the back of the head.

Can you wear a men’s beret indoors?

In the old days, it was customary of a man to take off hats and headwear when they are in an enclosed space. Hats, headwear and coats usually stay near the entrance, but over the years, this has changed a lot. Considering that a beret has a much smaller profile than a hat, people have come to accept its use indoors. But, in very formal settings like a church or a nice formal dinner, it is expected of a man to take off his headwear be it a hat or a beret.

Men’s berets are one of the most used headwear around the globe. Their military usage makes them all the more attractive and prestigious. People often associate a higher level of respect for someone wearing a military colour beret. It is safe to say that men’s berets won’t be going out of fashion anytime soon, and they have stood the test of time. Nowadays, brighter and patterned berets are becoming common as people are looking past the conventional navy and black ones.