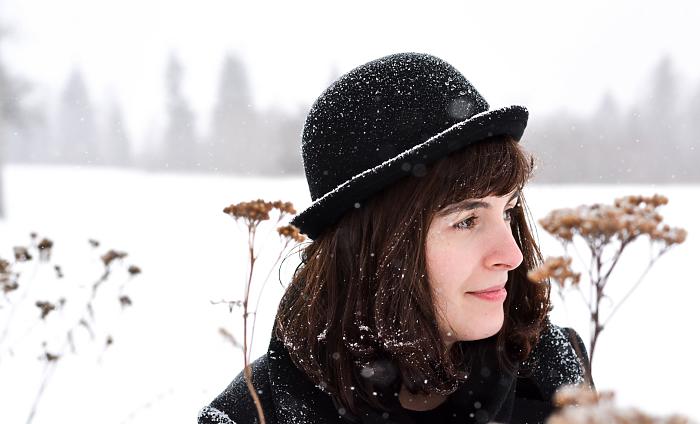 The bowler hat was originally designed for Edward and William Coke, the younger brothers of the 2nd Earl of Leicester, in 1849. The bowler hat turned out to be durable and sturdy and soon became popular with the English working class of the Victorian period. Later, it gained prominence with the middle and upper classes, and for many years it became a favorite with British civil servants and bankers.

What are the Different Types of  Bowler Hats for Women?

Traditionally, a bowler hat is a rounded hard hat made of felt. The thin, curved brim is generally curved up on the sides of the hat. Today, women's bowler hats are often made of straw or wrapped in fabric.

Wool Bowler Hat: A wool bowler hat is a twist on the traditional bowler style. If made from 100% wool, the bowler hat will tend to be softer, allowing it to be crushed and not damaged.

Yarn Bowler Hat: The yarn bowler hat is a wintry variation on a traditional hat. This soft, lightweight hat looks beautiful as part of a fall or winter look and is sure to not disappoint. This hat will help keep your head warm and fashionable, too.

How to Wear a Women's Bowler Hat?

Casual & Fun: Push your bowler hat back to make it look casual and fun. The bowler hat should rest on the back of your head.
Mysterious & Dashing: Move the brim to the front of the bowler hat so that it sits on your brow.

When can you wear a Bowler Hat?

Women may use the bowler hat to give the appearance of a boyish-charm. Wear a bowler hat with trendy menswear-inspired items —oversized blazers, boyfriend jeans, high-heel loafers, or boyfriend buttons. These separate's complement the masculine bowler hat. Simply mix and match one boxy piece with an elegant piece, such as a mini skirt, a silk blouse, or a stiletto heel. Create a bad girl image and wear a leather biker jacket and combat boots with your bowler or try a black trench coat with a black bowler hat.

Bowler hats are usually made of felt and felt needs to be brushed regularly, particularly before being exposed to moisture. Even a drop of water on a hat that gathers dust will leave a mark. When you're not wearing your bowler hat, place it in a hatbox to make sure it retains its form and quality.

What is the Difference between a Derby Hat and a Bowler Hat?

Bowlers and derbies are essentially the same, the only distinction being that "Bowler Hat" is the British name, and "Derby Hat" is the American name.

Bowler hats are a timeless hat that can be worn in a number of different ways. For instance, you can wear it propped to one side, or pushed back on your head. It all depends on the style you're aiming for.